Listen to the Podcast Episode

3 Crucial Questions That Can Catapult Your Profits

Entrepreneurs: 3 Crucial Questions That Can Catapult Your Profits

A high percentage of people who opt to run their own business find themselves working longer hours for less money than the job they worked so hard to escape from. That’s not all bad news, though, because they at least have the freedom that they craved. They don’t have to answer to anyone.

But It Could All Be So Different

So, now you’re working half the hours for twice the pay. Nobody is telling you what to do. Plus, there’s no commute. How would that feel to you? Pretty good, right? How would that go down in your social circle? Do you think your friends would be a little envious?

You would have time to take your kids to school, learn new skills, get in shape, make new plans, and the money to fund them. THAT is what most people would call a fantastic business!

Most people would find this a very attractive proposition. But is it possible? Of course, it’s possible! Thousands of people are already doing exactly that and more, and so can you.

How Can I Do Better?

If you want greater profits from your business, it’s important to perform regular and specific reviews of all aspects of your business.

You’ll want to figure out what’s not working, too, so you can determine why that doesn’t work or how you could improve or replace your process. If neither is possible, just stop doing that.

Finally, ask yourself the question, “How can I do better?”

Albert Einstein once said, “It’s impossible to solve a problem with the same kind of thinking that created it.” So, you might need some help on this one. Your best resource is to talk with someone who has faced these issues before and found effective solutions for them.

True entrepreneurs never waste time or energy re-inventing the wheel. They just go and talk with the guy who created the wheel in the first place.

Here’s a tip that seasoned business owners use:

When reviewing business strategies, most people come from the “What’s wrong and how can I fix it” perspective.

Start from “What’s right about this issue?” When you come from a positive perspective, your creativity for problem-solving is switched on and in alignment before you start.

This creativity could very well transform your business from a good business into a fantastic business!

Let’s look at how.

Asking yourself these questions will lead you to the answers you seek:

Using the “What’s right?” perspective will, over time, change your complete mindset for everything – not just your business, but your personal and family life, too. Just think of how many conflicts occur each day in the home where the words “What’s wrong” describe their mindset.

Try it yourself the very next time a conflict shows up in your life and see how different your whole attitude becomes immediately.

It would be good business practice to sit down every 30 days and review the answers to these questions:

This is why seeking the advice of seasoned professionals is a key strategy in creating a fantastic business! Talk to fellow entrepreneurs and ask for their advice.

The really smart ones will suggest you hire a Coach. All the most seasoned entrepreneurs have at least one Coach. Ask for a referral if you can.

A Coach can help you make profitable decisions, take effective actions, and streamline your thinking. It’s like having a business partner that you don’t have to split the profits. Or having a high-value employee without having to pay for taxes and medical benefits. It will save you more money than it costs!

So, making greater profits in your business comes down to these important questions: What’s working? What’s not? How can I do better? Answer these on a regular basis and reap the benefits! 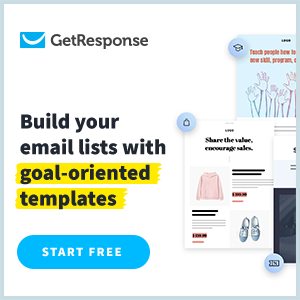